Sometimes you just feel like crawling into your hobbit hole and getting away from it all. Picture by Jeff Hitchcock.

(Note: There’s plenty of bad language in this post, so if you don’t like that or don’t want your kids exposed to it, be warned. Ironically, if The Hobbit had this much profanity, it might have gotten a rating that would have prevented a lot of the problems I’ll describe in this post… which is ripped from the headlines!)

So here’s the deal. We live in Costa Rica, and we hardly go out. We went to watch Life of Pi at the movie theater in San Ramón last weekend, and we joked that it was our “yearly outing.” In other words, we go out on the town less than even Bilbo. I’m not complaining, since we travel a lot and do other cool stuff. It’s just that we don’t go out to dinner, we don’t go to movies, we don’t go to sock hops, we don’t go to bars, we don’t go to “Make-Out Point” (although I believe we live about 300 yards from the local equivalent), we don’t go miniature golfing, and we sure as shit don’t go out dancing. Our house is really cool, though, so we make do.

But after having a really good time last weekend, we decided to go check out The Hobbit, since everyone and their brother had seen it (well, I guess except for Paul and his brother, for obvious logistical reasons). So we went back to the mall, ate some home-cooked food in the food court (really–there’s actually a Costa Rican restaurant there, and it’s fairly good, although not as good as my own cooking), and went to the theater. I had checked specifically on the theater’s website to make sure that the movie was subtitled, not dubbed, since I can’t stand dubbed movies in any language. I even asked the dim-witted girl at the ticket booth if the movie was subtitled and she said yes.

You can probably see where this is going. The movie is narrated at the beginning, and about 2 seconds after reading “El Hobbit,” I thought, “Oh fuck.” It was going to be a long three hours. Indeed, it was dubbed, and not very well, either. But at least it was sorta Mexican/Central American Spanish. If it had been Spanish from Spain, I don’t know if any of us could have made it. Plus, since it was dubbed, people took that to mean that it was for kids, so there were a LOT of small kids there. I didn’t know kids were supposed to watch trolls getting beheaded, but I’m not a parent so what do I know? Also, I heard trays of popcorn and pop being dropped on two separate occasions. What’s more, a few people sent text messages, and one asshole even answered his phone in the theater. Maybe we somehow wandered into a special screening for the House For Wayward Shitheads. 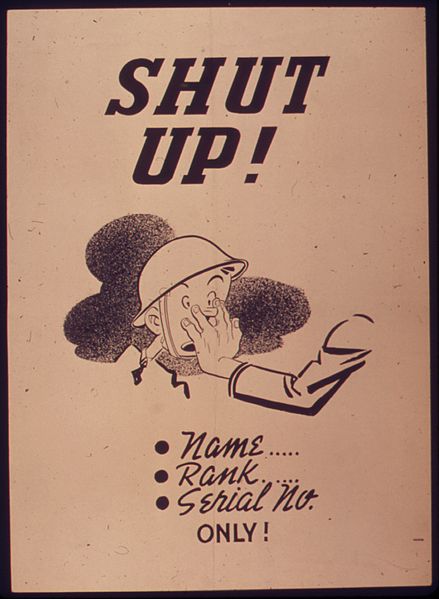 As a cherry on the top, there were three late-teen guys sitting behind us casually chatting the whole fucking movie. The whole. Fucking. Movie. Not really loud and obnoxious, but at a normal conversation volume. Although when you’re trying to watch a movie, I guess that is obnoxious. But here’s the kicker: I couldn’t really say anything to the guys behind us because there were about 20 other people doing the same shit. I guess I could have walked to the front and started yelling at everyone, but I had no idea what I would have yelled. Seriously, what is wrong with this country??

I feel a bit let down by Costa Rica, my adopted country. I feel like every time I land in some crappy place in the US (normally Dallas or Houston) and I’m just embarrassed by how many stupid, overweight people are standing around talking on their cell phones while waiting for their luggage to go through customs. Now, I’m not embarrassed that they’re fat and stupid, since God’s house has many rooms and all; I’m embarrassed by the fact that they’re talking on their phone in public for 20 minutes about things like eyebrow waxing, about the pros and cons of pitt bull ownership, or about how hammered they totally got in Munich. These are my compatriots? My fellow Americans? Now that Costa Rica’s accepted me as a citizen, I feel like I have the same rights and responsibilities… including the right to despise the morons in that theater.

I don’t know, maybe it really is because of the dubbing. Maybe when people have to read subtitles, they shut up more. Plus, that also automatically sets a bar, limiting the screening to people who can read (I doubted that about 20% of tonight’s crowd, and not all were toddlers, sadly). I know it can’t be this way all the time in the entire country, since I’ve had good experiences at theaters here. Anyhow, the popcorn was good. You can get half and half (half salty and half sweet), and it’s pretty good. And the drinks don’t have ice, so you can get a small and it’s not all watered down.

Hmm, where was I? Oh yeah, The Hobbit. It was OK. Don’t see it in Spanish. The visuals were great, the dialogue less so. I think they’ve just blown the whole thing out of proportion, making it a lot bigger and complicated than need be. Seriously, I just read the book a month ago, and I don’t remember anything about an insane wizard riding a rabbit-driven sleigh. Unless I have terrible reading retention, or unless they specially added in those scenes for my co-viewers to catch their attention for another 3 seconds, then that was just extra stuff that had nothing to do with the book.

Gollum was good, though.

All in all, Gollum gets a 14/17 (even in Spanish… his voice sounds about the same, although it’s weird to hear him say “precioso” and to make everything plural) and the movie gets a 11/17. The crowd gets a minus 2/17, plus each person in the theater (except Angela) has just won an exclusive invitation to kiss my ass.

Have a good weekend!

*This title is an homage to Jake’s title of a few days ago, even though Dustin posted something in the meantime.